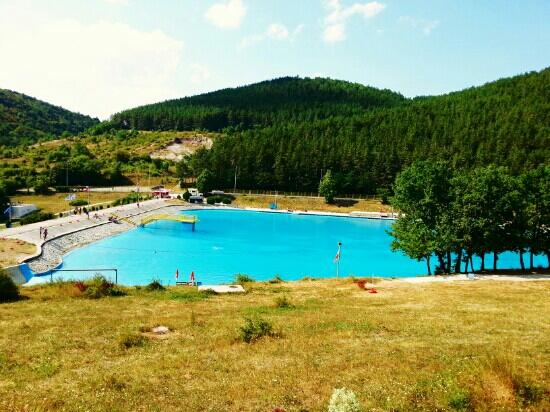 Germia is a regional park located in the north-east of Pristina, capital city of Kosovo, and it covers an area of 62 km2. This mountain massif is a part of the Rhodope Mountains, which lie from the Black Mountain of Skopje to Kopaonik mountains. Germia’s highest point, Butos’ Peak, is 1050 meters above sea level and its lowest is 663 meters above sea level. Due to its geographical position and climate conditions, Germia mountain massif has a rich fauna with 63 species of animals and a variety of about 600 species of flora. In 1987, the “Germia” complex was taken under protection by Pristina’s Municipal Assembly in the category of the Regional Nature Park and is now managed by the publicly owned enterprise “Hortikultura”. However, according to International Union for Conservation of Nature (IUCN), Germia should be designated as a protected landscape.